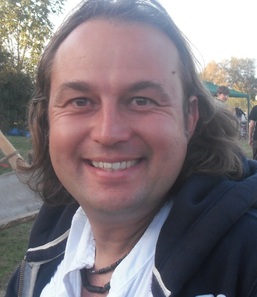 I am Professor of Psychology, holding a Chair in the Psychology Department at Aberystwyth University.  My research involves applying social, environmental and health psychology to understanding and improving relationships between the built environment and transportation and health and wellbeing. In particular I have expertise around studying environmental gerontology, examining relationships between environment and health in later stages of life, including road user safety in later life, giving-up driving and creating age friendly neighbourhoods and communities. I have worked on 38 projects as PI or Co-I totalling over £24.2m research income. I am currently Principal Investigator and co-Director the Welsh Government funded £2.85m Centre for Ageing and Dementia Research (CADR) project to bring together research in ageing with policy and practice across Wales and  a £400k transport and health research network to bring together those interested in health and transport research. I have authored 42  peer reviewed journal articles, 21 book chapters and have 5 books. I have been an Executive committee member of the British Society of Gerontology (BSG; 2015-20) and founder and co-lead the Special Interest Group at BSG on mobilities and transport in later life. My research has involved over 100 conference presentations including over 40 invited International and national presentations at conferences and I work closely with government, charities and third sector organisations and am keen on public engagement to get my research out into the real world. I have presented at two British Science Festivals (2008 and 2016) and written many articles for the general public.  I have appeared on BBC TV and international radio stations on a variety of mobility and built environment topics and appear regularly on BBC Three Counties radio discussing older people’s issues I am Editor-in-Chief for Elsevier’s Journal of Transport & Health and on the editorial board for Ageing and Society and Research in Transportation Business & Management journals.

And I have a new book just out now:
Designing Public Space for an Ageing Population: Improving Pedestrian Mobility for Older People. For Emerald..

I am an avid fan of Gosport Borough Football Club (and since moving to Wales, I follow the ups and downs of Port Talbot Town and Llanelli Town) and enjoy progressive rock music. I like living by the sea. I enjoy running, quite slowly, and have run four half marathons (PB 1h 51) and completed three 10km races (PB 49mins). I was delighted to be a runner-up in Swansea University's Research as Art competition 2013 and 2016.

I am not Charlie Musselwhite the blues star!

I have begun my own blog - so see it here.

My full academic CV is here